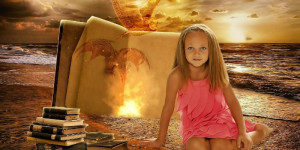 When kids begin to beg for princess books, check out these great titles featuring diverse, empowered, adventurous princesses who are the master of their own fate.

The Princess and the Pit Stop by Tom Angleberger
A bold, race car-driving Princess hurries to catch up with Humpty Dumpty, the Three Bears, and Rumpelstiltskin in a high-speed race.

Princess and the Pony by Kate Beaton
Princess Pinecone would like a real war horse for her birthday, a horse fit for a warrior princess! Instead, she gets a sickeningly cute, plump pony to take on her adventures.

Princess Hair by Sharee Miller
Girls pretending to be princesses celebrate the different shapes, textures, and styles of their black hair.

Paper Bag Princess by Robert Munsch
Fierce and clever Princess Elizabeth uses bravery and wits to rescue Prince Ronald, who has been taken captive by a dragon.

Princess in Training by Tammi Sauer
Viola is a skateboarding, karate-chopping, moat-diving princess who is sent to Princess Camp to learn to be “proper.”

The Water Princess by Susan Verde
Clean drinking water is scarce in Princess Gie Gie’s small African village. Every morning, she makes the long journey to the well, wearing a water jug on her head in place of a crown.

Rapunzel by Bethan Woollvin
The wicked witch has cursed Rapunzel and trapped her in a tall tower, but Rapunzel is not afraid. She uses her wits (and her hair) to escape the tower and the witch’s curse all on her own.

About the Author: Youth Services